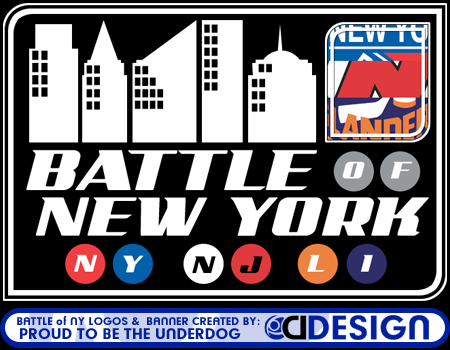 Once again as with Rangers-Sabres, I constructed this one during the second period and intermission of Calgary and Detroit which are tied 1-1 with 9:07 left in Game Six.

I'll post the whole thing here though. For more hard hitting info on puck or other sports, it's Hitting Back!

Forwards-The Devils rely on their top two lines for most of the scoring. The line of Zach Parise (6 goals), Travis Zajac and Jamie Langenbrunner has been their most consistent all season. Though they didn’t connect in the last two wins, they’re always dangerous due to their aggressive forecheck. If they’re not scoring, then it will be up to the EGG line of Patrik Elias, Scott Gomez and Brian Gionta (5 goals). Criticized throughout their first round against the Bolts, the trio got better as it went on and has a huge hand in turning the series in their favor. They’ll need to be even bigger against Ottawa. As usual, the checking line of Jay Pandolfo, John Madden and Sergei Brylin will draw the assignment of stopping the Sens’ dynamic top line of Daniel Alfredsson (3-3-6), Jason Spezza and Dany Heatley. They’ll play a large role in how the series goes.

Aside from that dynamic trio which was excellent against Pittsburgh in their five-game First Round win, the Sens also get balanced scoring from their supporting cast up front which includes underrated pivots Mike Fisher and Antoine Vermette. Chris Kelly and Mike Comrie also had good series against the Pens combining for seven points (5-2-7). Grinders such as Peter Schaefer and Dean McAmmond can’t be overlooked. Neither can the brute of pest extraordinaire Chris Neil, who does a bit of everything. Unless Devil brass has a change of heart and dresses enforcer Cam Janssen, they’ll have no answer for Neil’s antics.

Defense- The Devils are led by Brian Rafalski offensively. He’ll get the bulk of the work. With Colin White still questionable, figure Richard Matvichuk to continue to get big minutes. He was vital in swinging the Tampa series. How will his back hold up? You know the Sens will test it. Paul Martin and Brad Lukowich were steady against the Bolts. They’ll need to be even better in this one. Rookie Andy Greene came one in the last couple and can chip in offensively. But the goal for him is to not make any glaring mistakes. Ditto for Johnny Oduya, who can be forced in the corners. This isn’t your prototypical Devils unit but they can be effective.

Ottawa will match the tandem of Chris Phillips and Anton Volchenkov against either the Parise line or Egg line. They both have size and are physical making it tough on opponents. Each can also skate well and contribute if needed. With them drawing the checking assignment, it lightens the load on Wade Redden and Andrej Meszaros. Both are excellent skating D who can jump into the rush. They are extremely dangerous on the power play as is Joe Corvo, who likes to bomb away from the point. There’s also the most underrated D on the roster in the solid Tom Preissing who can do everything well. It’s worth mentioning that in Round One, Bryan Murray used seven defensemen. He also mixed in Christoph Schubert, who is a decent skater but is nothing special. Will they try the same formula here? Remains to be seen. But this unit can make teams pay.

Goalies- Martin Brodeur will be matched against second-year netminder Ray Emery. On paper, it looks like a mismatch. But Emery has played well and given his team confidence. The good news for the Devils is that Brodeur finally returned to form in the last seven periods only permitting two goals (both PP). In order for the Devils to advance, the three-time Cup winner will have to be just as brilliant in this series. He did it to the Sens four years ago. We’ll see how it goes here. Emery will have to also be equally as good for his team. The challenge will be shutting down the Devils top two lines. They’re particularly dangerous around the net. So they should pose more of a threat than the Pens shooters did.

Coaches- Lou Lamoriello is coach in name only. He defers to assistants John MacLean and Jacques Laperriere to change personel. Murray has been around forever and never been great. He’s used the underdog role all Spring. Expect more of the same now.

Prediction: The Devils do have home ice. So after careful consideration, we think it will be a little closer than earlier today. However, I just see that Ottawa blueline making a difference in this one. They have a huge edge there. Look also for the grinding style of the Ottawa forwards to wear on their opponents who just got through a tough series in which Tampa pounded them. The Sens are a little better geared for this one. It’s revenge served cold.

Ottawa in six because this team is extremely focused and way overdue on delivering a big playoff run for Canada. They’re the best team we’ve seen so far in this tournament.

The Battle of NY Staff 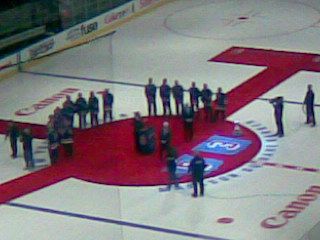 Up and Coming: Rangers Sites

Well, We Have Tradition: Isles Sites

Same as it Ever Was: Devils Sites